Hello Lovely Family. Let’s continue with the third post in the series of #Tithing. Now Dig in. This has been a very interesting and revealing post and continues to enlighten the mind. 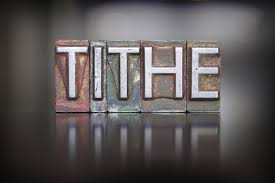 How Israel did it

I’ll love to share a little background knowledge to give us a brief understanding of the scenery of our discussion. The Ancient Israelites were predominantly farmers who tilled the ground and reared animals. Some mastered other skills from neighboring countries like Egypt and Syria but their products mainly came from animals and grains. Example include meat, flour, textile, mints and of course wine; properly fermented wine that messed up Patriarchs like Noah and Judah so badly and still messed up many more in their generations before our Lord, the Messiah, did us the honor of turning some into His blood. Lol! If you still doubt that God instructed His people to drink you’re in for a shocker. But then I’m not here to debate the alcoholicity of wine in scriptures. Another major thing of note is their obsession with the number 7 which is similar to the Jewish word for “Covenant”. For them everything Godly revolves around the Covenant God YHWH. They observed a 7-year calendar in which the 7th year is the sabbath year and the entire land would experience a sabbath year rest. Everything is hallowed and consecrated to God that year. There’s so much juicy history and I can’t even share enough of it. Wow! Moving on!

In scriptures, I observed three types of tithing. I have given these 3 tithes my very own summarized name, however they have their Hebrew names, the details of which I would spare you but you could look it up on Wikipedia or any other encyclopedia you want to:

The first is the feast tithe (Deut. 14:22-27), which is a yearly tithe in which the People were ordered to bring these one tenth at the end of the year to an appointed place God chose (usually the place of worship) and make a feast in which family members consumed it. God made special exemptions in which he advised that if the ceremonial location was afar off, they could convert their tithes into cash and take the cash to the owambe venue where they would purchase any food and wine including other fermented drinks (feel free at this point to assume beer or Jack Daniels because the bible was really clear about varieties of alcohol in this place), to make their celebration into a reality. Note that I am yet to mention Priests or Levites. Also note that for the Old Covenant, worship went hand in hand with feasting. There would be sessions of prayers and benedictions (blessings) before a period of consummation (feasting/eating). This pattern of ancient liturgy remains the same and has been improved in New Covenant Liturgy.

The second I have called the third-year tithe (Deut. 14:28-29; 26:12-5) which is usually done in the third and sixth Jewish calendar year. This is not for family feasting but it has been exclusively designated to Levites, orphans, less fortunate, foreigners, the poor etc. This is where the Sons of Levi get their inheritance from the 12 tribes of Israel since they have no allocation except this entitlement. One special thing of note is that the sons of Levi were expected to pay a tithe of it to the High Priest Aaron and those of his lineage who were priests (cf. Num 18).

The SACRIFICIAL TITHE (Lev 27:32-33): at last, I can finally say this is the tithe that goes directly to God. It is a tithe of EVERY TENTH ANIMAL in the count. All the animals counted, regardless of their condition, were slaughtered and offered up as a tithe offering on an altar. Picture a shepherd with thousands of flocks at the end of the year counting all his flock and every tenth sheep/goat/cattle that walks out is taken to be butchered and completely destroyed by incineration so the smoke can rise to the heavens where God will receive it in all its sweet savor. This takes a lot of discipline.

Apart from the tithes there were several offerings that lawfully went straight to the priests, together with the tithes of tithes. These were much more than the one-tenth and they were mandatory. These were the major laws of tithing and they were observed to the letter. No excuses! Israel was not a nation to take these laws lightly. Or were they now? As we go further, we would see into their future to get more insight on how they implemented these precepts of the law and the curses that follow for breaking those laws.

Stay Tuned and see you on Friday. Follow us on all our social media handles @godlywomenarising.